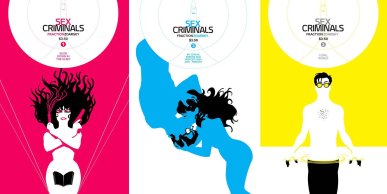 On the docket is Sex Criminals Volume 1 by Matt Fraction and Chip Zdarsky. Someone submitted this one to me to look over as it unabashedly took on the topics of sex, exploration, and weirdness. This one is a bit of a weird trip so make sure your parents aren’t looking over your shoulder cause we are about to jump into this sexy mess and see what’s up.

So they made the really weird choice of how to tell you the story. Pretty much constantly jumping back and forth between present and past without any clear line between the two alot of the time. While also sliding in the main character as she is in the present in the past to self narrate the story. If that sounded like a cluster fest then you are on the right track. The whole story is a jumbled ball of yarn that you have really no idea how to untangle.

Truly the redeeming factor of this series so far. The art is very well done and I just love the way the portray the times where time is frozen. It gives a clear indication when its happening and when its started back up again. I also enjoy that they’ve taken some liberties with reality when it comes to some of the scenes in order to drive how the point that the writing seems to fall flat on. 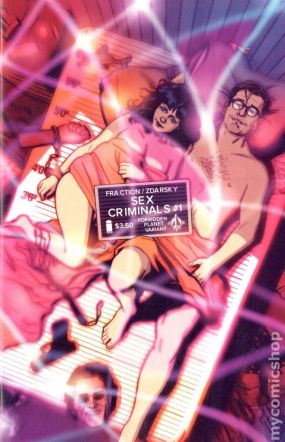 I feel like a broken record saying this some weeks but, standard comic font. Come on
people give me something else to work with~. I know its the standard cause its easy to read but it does nothing for your story or to give us insight into your characters. Thankfully at least the text bubbles where easy to follow, even if the same can’t be said about the story itself.

Not really alot of diversity in the normal check boxes.. I will give them kudos for tackling the topics of sex and sexual experiences in a much more mature way then I’ve seen just about any other topic do. Not to say there isn’t humor, oh is there plenty of that. Low on the diversity scale though. The only bump I’m giving them is maybe the chance to portray some disorders down the line, but even that is riding on thin ice.

Its a weird ride with this series so far. Yeah it has an interesting concept but man did they not take the time to try and make it an easy thing to read. Lots of breaks and jumps in the story without any indication it was happening. Leading too me pausing and breaking myself out of the universe one to many times to check and see if it was another time jump. Art is fantastic though and lettering is readable. Despite the awkward writing I do suggest at least giving it a quick check out. Just maybe make sure you aren’t at work when you read it.