After having been trapped in an iceberg for 65 years, Scott Gladstein has emerged into a world he knows nothing about. Gone are the golden age of comics and villainy is alive and well in the indy sector. He dons the mask of reviewer to fight the forces of exposition, traced artwork, and the russian mafia. When not doing costumed reviews (read: “Sitting in his boxers reading bad indy comics”) he is out doing charity work with Justice League Arizona, working his day job, or writing partially fictitious biographies based on his delusions of grandeur.

Connect with me on Google+ 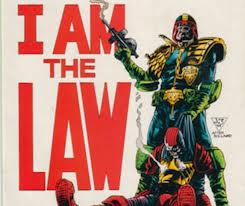 How I Judge Things

So a few people have asked me how I rate things.

Good work gets an average grade. Great work gets a high grade. Poor stuff gets a failing grade.

The four categories I use to rate comics are  art, lettering, story, and novelty.

Lettering : Good lettering separates the pros from the amateurs. It needs to be able to be read and not distracting.

Story: The story score encompasses dialogue, pacing, characters, complexity, depth, and tone of the comic as it pertains to its medium.

Novelty: The purpose of this site it to find new, novel comics. I like new concepts and new twists. Innovation staves off stagnation. I give comics that at least TRY to break the mold (successfully or not) points for this.

What I Won’t Review

Porn/”adult comics”, Blue Water Productions comics, or anything beyond the 1st issue of a series.

I am also not super partial to furry/anthro comics, but I’ve done a review or two of them. Comics that are not aimed at my demographic are harder for me to review, but I try to remain objective.

I’ve also seen a LOT of gritty/dark/emotional comics. They don’t excite me. Nor do lack-luster superhero comics.

How I Got My Start

So one day I was reading some comics from DC and I realized I was just following one of my favorite character’s comic hoping that they would put out something new or interesting.

I came to the conclusion that if there was innovation out there, it probably wouldn’t come from the mainstream publishers.

So now I’m seeking out every terrible, weird, bizarre, “what the hell!”, comics I can from indie publishers and reading the first issue.

Seriously, if it escaped from someone’s mind- I want to read it. I don’t care if it’s terrible or wonderful, I want to see what’s NEW.

I try to avoid reading comics from the same publishers or issues after the first, so take it for what it is (It’s a time thing).

Join me on my crusade against grotesque grammar, terrible typography, abysmal artwork, and offensive onomatopoeias.

I have a bachelor’s degree in game development from The University of Advancing Technology, though the evolution of media and pop culture was always a major interest of mine during my studies, and I am currently doing my masters (an MBA) at Western Governors University.

In the summer of 2013 I became a Featured Reviewer  for DriveThruComics. This basically means, as an established reviewer, I receive free comics if the publishers want us to take a look at them.

In addition, my reviews also sometimes appear on Circuit 42, an Arizona based podcast that covers comics, cosplay, and all things geeky.